Create an Account - Increase your productivity, customize your experience, and engage in information you care about.

The goal of the five year tree planting plan is to install a larger quantity of trees on an annual basis. The areas of focus are parks and grounds and road right-of-ways. 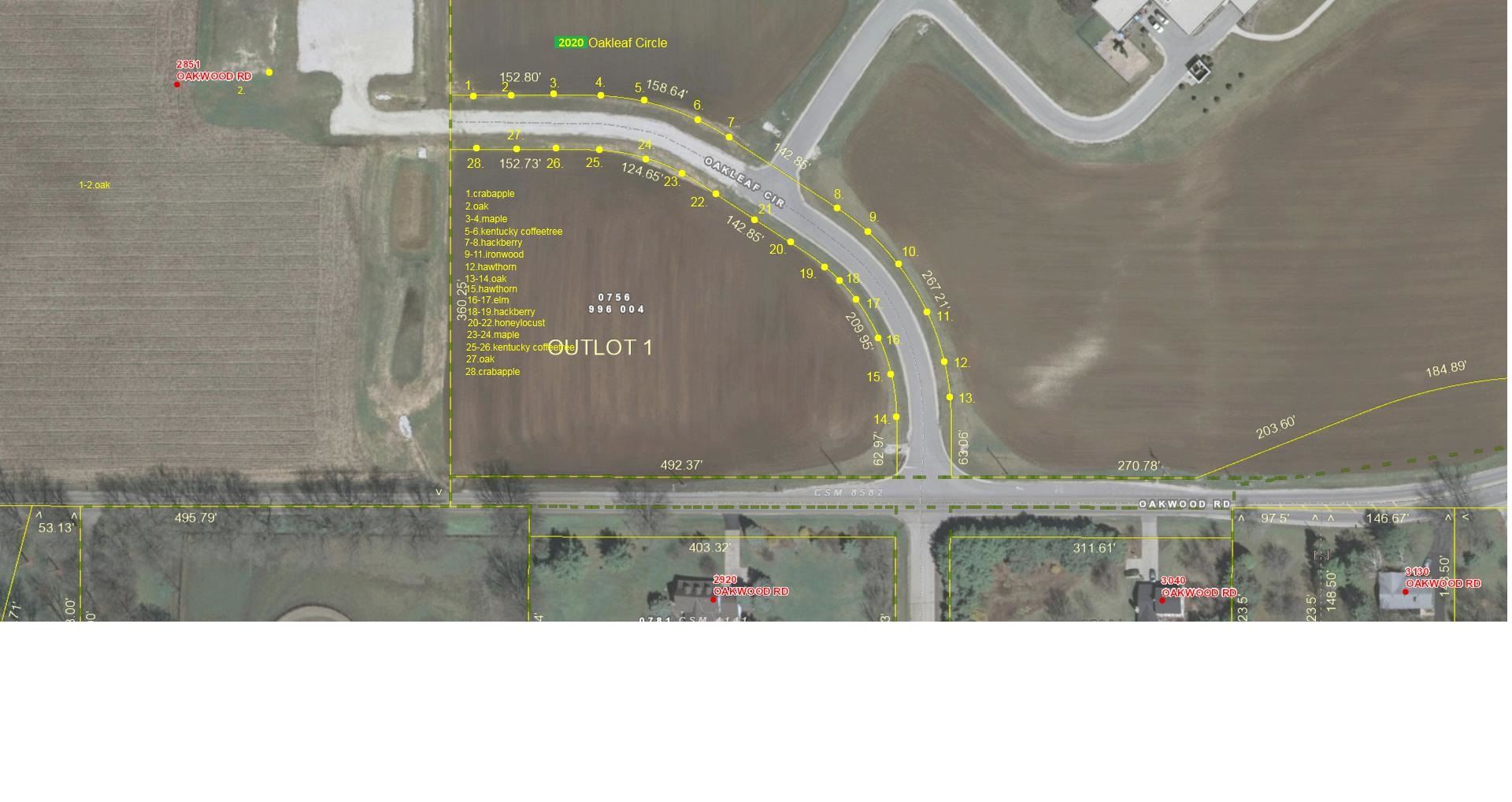 In order to be certified as a Tree City USA by the State of Wisconsin Department of Natural Resources, a community must meet standards set forth by the National Arbor Day Foundation. They must have a tree ordinance, an annual budget of at least $2 per capita, which the city has consistently exceeded, and an Arbor Day observance and proclamation. The qualifying expenditures include brush chipping, tree care provided by the Department of Public Works personnel, and City Forester expenses. Since 1997, the City of Delafield has had the distinction of receiving this certification.

Our City Forester is Sean Heinzel. Sean works with city staff, project managers, commercial developers and homeowners in all forestry related business within the city. The goal of the City Forester is to maintain our urban forest by planning, protecting and providing trees. The City has obtained DNR Urban Forestry Development grants which have been used in the city to prune, plant, assess and remove diseased trees. Delafield is a growing community challenged with new developments and multiplying demands. The community and administration is focused toward successful urban forestry management to protect our valuable tree resources.

Oak wilt has probably been a part of our forests in Wisconsin for 100 years. Oak wilt is widespread throughout the southern Wisconsin oak resource. Oak wilt is caused by a fungus, Ceratocystis fagacearum. The fungus invades water-conducting vessels and induces the formation of balloon-like projections called "tyloses," which also plug the vessels. As water movement within the tree is slowed, the leaves wilt and drop off the tree. View the U.S. Forest Service's website for more information.

Since its introduction into the United States in 1869, the gypsy moth has defoliated millions of acres of trees in both forest and urban settings across the northeast United States. Originally introduced into Massachusetts, the gypsy moth has spread north to Maine, west to Wisconsin, and south to North Carolina, infesting 19 states and Washington, DC. Despite numerous state and local control efforts, the infestation continues to move south and west. View the U.S. Forest Service's website for more information.

The Emerald ash borer (Agrilus planipennis), an invasive, wood-boring beetle that attacks ash trees, was positively identified for the first time in Wisconsin in August 2008. The beetle and beetle larvae have been found in the Village of Mukwonago (2012), and the Cities of New Berlin, Oconomowoc and Waukesha (2013). View the Wisconsin Emerald Ash Borer information source for more information. View the list of confirmed Emerald Ash Borer finds in WI by county and municipality.

Learn how the Department of Natural Resources handles sick trees.